ProbiotiX Calm is a nourishing and rich skincare cream intended for skin prone to inflammation,
redness and itching.
It contains a winning combination of peptides and probiotic agents that help reduce
inflammation and relieve and restore irritated skin.
The unique formula contains alpha-glucan oligosaccharide produced by an innovative
technology, which reduces the activity of Gram-positive bacteria living naturally in our skin, such
as Propionibacterium acnes and Corynebacterium minutissimum that causes erythema, while
encouraging the probiotic bacteria, such as Lactobacillus pentosus.
The formula also contains a unique compound of palmitoyl tripeptide-8, a peptide that helps
lower the inflammatory response in the skin, contracts capillaries, and reduces redness and
swelling.
The product also contains herbal extracts that complement the formula to achieve an ultimate
soothing product, such as tea tree oil, which is known for its soothing and anti-inflammatory
properties, magnolia extract that protects against free radicals and reduces inflammation, and
rice bran oil that is rich in vitamin E and fatty acids.
In addition to all these, the cream contains a green pigment that tones down reddish skin and
makes it look lighter.
This has a calming effect and reduces inflammation both internally and externally. 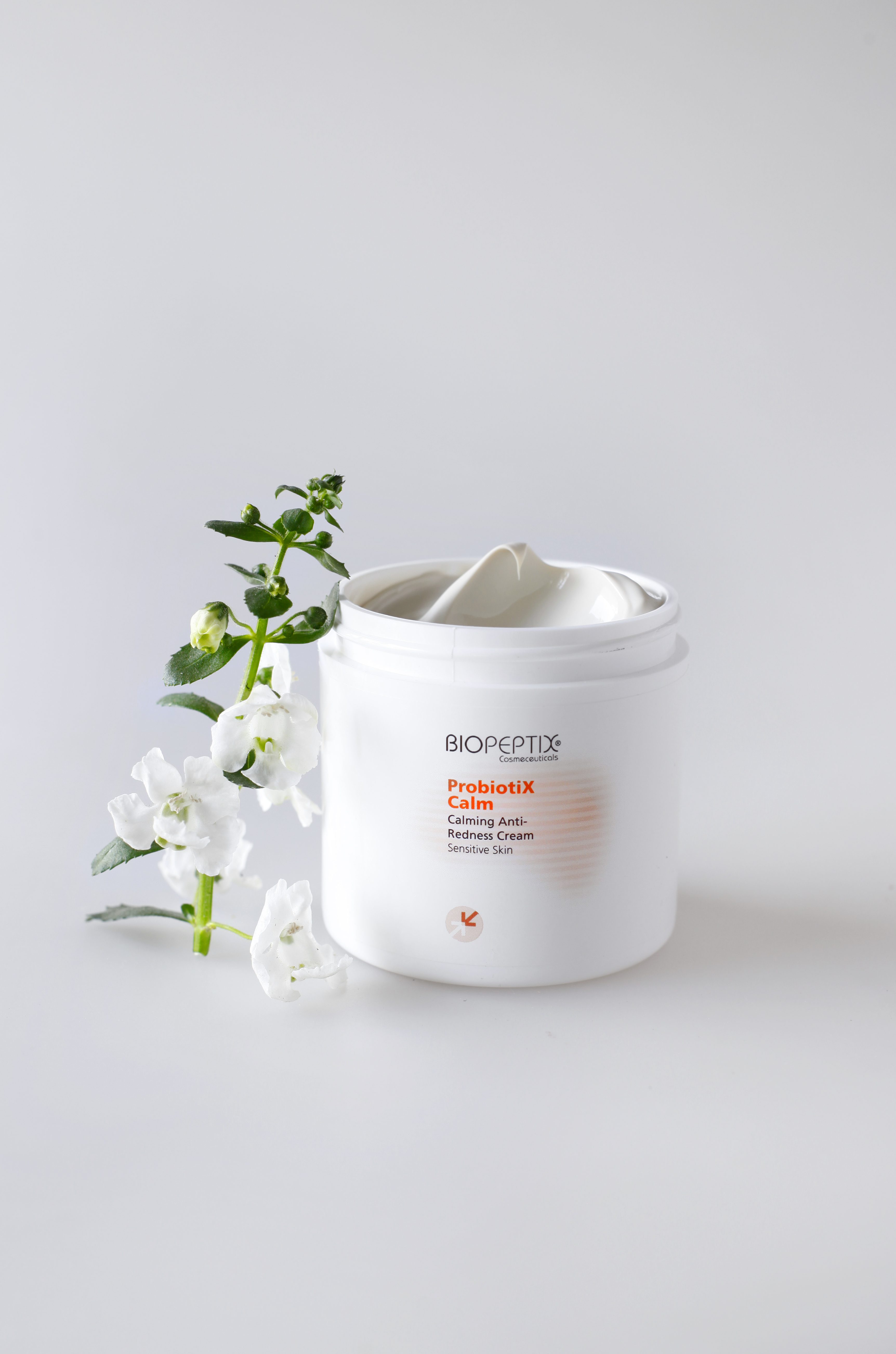